In August 2013 James Copi was injured at work, leaving him a quadriplegic confined to a wheelchair. Unfortunately, his home was not handicap accessible, which placed James at risk of having to leave it behind and move into an assisted living home. Now, ten months later, he is returning home, thanks to the efforts of Community Renovations. James originally contacted us on the recommendation of his worker’s compensation case manager, speaking to our owner/founder Eric Carbajo. Together, Eric and the client worked out a plan which addressed every one of James’ needs without stretching his finances to the breaking point. Working in tandem, they identified which features James would need to allow him both comfort and complete mobility within his home. They chose materials, discussed aesthetics and carefully planned every detail. After he was sure James would be happy with the drastic changes to his home that Community Renovations was about to make, Eric and his team took control of the project and worked tirelessly to make their client’s vision a reality.

How exactly did Community Renovations alter James’ home to make it barrier-free?

* We added a 40 foot wheelchair ramp with a 5 foot turning radius.

* We turned the space which was once occupied by James’ breezeway and garage into a multipurpose room/office with granite countertops.

* We constructed a new garage large enough to fit a handicap-accessible van with ease.

* We widened every doorway in James’ home to a width of 36 inches.

* We adapted his bathroom to be larger, installing handicap-accessible appliances.

* We raised floors throughout the home to make wheelchair-bound transportation more fluid.

James is set to return home in July, and we couldn’t be more proud of the work we’ve done in his service.

This story was recently reported by the Monroe news. See their original article here. 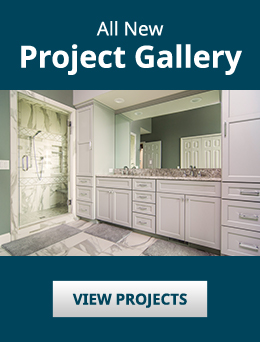